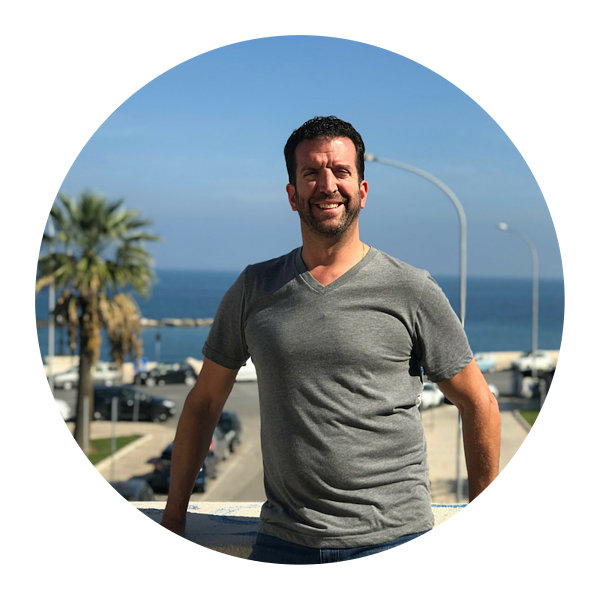 This past year I turned the big 4-0. Forty years…my gosh, it goes by fast. But if you think about it, for a handful of years it’s all about developing, playing, and watching TV. Then, you go to school.

The early years of school are still filled with fun, playtime and learning. You’re surrounded by other kids who are also new to this world. They don’t hesitate to point out the obvious because, to them, it’s different than what they know – which isn’t much. Next thing you know, the kids who are most alike band together and point out those who talk different, act different – who look different.

By age 3, I was in glasses. My parents noticed that I would hold things very close to my face to see them. No big deal. My mother was nearsighted and on the higher side of the spectrum, so logic dictated that I must have “gotten my mother’s eyes.” But, as I got older, my glasses got thicker – almost double the size of my mother’s. But again, DNA is a funny thing right? Except from that, the nickname “Coke Bottles” was born. I was officially different.

Why Coke Bottles? Apparently, the thickness of my glasses was reminiscent of an old-school Coke bottle. My face became long and narrow so standard frames didn’t fit. My glasses were thick at the edges and tapered into the center. This created a periscope effect that made my eyes look way smaller in relation to my face. Needless to say, not only was I “four-eyed,” but also I didn’t look like a normal kid in glasses.

As the start of high school approached, I begged for contact lenses. I had to campaign for them because, at the time, contact lenses were more of a cosmetic improvement than a medical enhancement. Finally I got them. Thank. You. God. Surely the bullying would stop now? I’m just one of the guys…at this all-boys Catholic high school…where all us young boys were going through puberty at the same time. What could go wrong?

While all this was going on with my glasses, I was shedding the cute, baby chub. Looking all gangly and awkward, I was like a gazelle in the Serengeti just waiting to be attacked. I entered high school at a whopping 115 lbs. and I was almost 6 feet tall. The attack was coming.

I went to high school with a group of kids from grade school. Therefore, I had a clique. I wasn’t considered a nerd, but I also wasn’t a cool kid – so just enough torment to give me a complex.

I had fire in me, but little actual confidence. Some of that fire helped me avoid some physical bullying. Most of it was verbal humiliation, jokes, and name-calling. Whoever said that thing about “stick-and-stones” must have not been bullied much.

Trying to Fit In

But it wasn’t all bad. One year I actually joined the wrestling team… I didn’t win a match. I tried out for the basketball team, but wasn’t bulky enough to be a tall center. I played soccer for two years, but rode the bench mostly. Overall, I was a very active kid all my life. Lots of energy and could run around for hours.

Finally, I graduated high school and went to college. For the first time, I’m sitting next to a girl in class. Ummmm. Then there were girls in abundance roaming the campus and I didn’t know what to do. I needed to up my game, so I started hitting the gym.

Despite some ups and downs with it, I gained a lot of confidence from going to the gym and it stuck. For me, the confidence of being in the gym and feeling like I belong there is invaluable. I can say my first few months in the gym were a mental struggle. It felt like the whole gym was watching me, always.

Then I started talking to people in the gym and they would say things like, “I wish I was cut like you.” And I would reply, “I wish I had your size.” Too bad we can’t trade. The lesson was that everyone is self-conscious about something. I would build upon this as I got older.

Looking Back and Finding Relief

Ok, so, back to the beginning. I’m 40 now. And I’m still self-conscious about my legs. They are bird legs. Little calves. It definitely looks like I skip leg day. I still hate wearing shorts in public, but I’m getting better about it. I had a detached retina in one eye when I was in my early 20’s from martial arts class. Now, I have nighttime driving glasses that go over my hard contact lenses. Most of my joints hurt. I had a torn labrum in my shoulder, a torn meniscus in my knee, and I can’t stand for more than 45 minutes without lower back pain.

Then the big one happened. Right when I turned 40, I found out I had a dilated aortic root. Yea, these all sound familiar, huh? Well at age 40, I was officially tested and diagnosed with Marfan syndrome.

And you know what? It was a sigh of relief! I was glad I tested positive. To me, it meant that all of that past stuff wasn’t because I was doing something wrong. I was actually different. In fact, I’m a mutant! I know it sounds strange, but for me it answered a simple, yet key question. Why?

Why did I have bad eyes? Why was I a “stick-figure?” Why can’t I have forearms or calves that are simply proportionate? Why were my wrists and ankles so skinny? Why was I flat-footed and couldn’t rollerblade back in the 90’s? It all made sense and it was a weight lifted off my shoulders.

Sure, I still have my “things”…we all do. And I will give credit to an amazing group of friends, who taught me the value of “who cares what other people think.” I also went through an amazing self-awareness course a few years ago. My confidence and self-esteem has never been higher. I have my days like anyone, but I know it all doesn’t “mean” anything.

Why the outpouring of my life in this article? I want to advocate for earlier genetic testing for Marfan syndrome, and greater awareness for the overall disorder. I did A LOT of things that people with Marfan should NOT be doing. Google it! Read the Marfan.org website! Soccer, basketball, long distance running, heavy weightlifting, steroids, martial arts, etc…they’re all listed as DO NOTs. I’m lucky I’m still alive.

There are those with Marfan who have been taken from us much earlier during a game of basketball or soccer because they were not yet diagnosed. When 1 in 5,000 people are mutated from Marfan syndrome, that’s a lot when you add up the amount of people on this Earth.

I also want those who are like me, or who are more severe. to work on yourselves. Your self-awareness and mental health are critically important. Get books on mental health, watch YouTube videos, follow people on social media – anything. I tried to correct my appearance first by working out in the gym six days a week. It took me another 15 years to realize I should have been working out my mental health more.

Parents – if you have young kids with Marfan syndrome, please take the time to work on your kid’s mental health, as well as your own. I say your own because you have to understand, it’s not your fault. Even if you carry the gene and passed it on, it’s not your fault. The medical technology that’s available today is more advanced, but that also means more expensive – so don’t blame anyone. Focus on life ahead and get as knowledgeable as possible about Marfan syndrome.

I didn’t know about any of it ­– until I was 40 and had open-heart surgery.

Check out more resources on getting diagnosed and the role of genetic testing with Marfan and related conditions.

Ken is a creative advertising writer who was clinically diagnosed with Marfan syndrome at age 40 after a routine heart scan revealed an aortic root dilatation. Within months, he had the David, valve-sparing procedure to replace the diseased aortic root portion and repair the aortic valve. He is an avid golfer, self-awareness and psychology enthusiast, and enjoys traveling and meeting new people.

Before I share my story, I want to clarify that the title of my book, “The Bigs,” has nothing...

We Found Our Family

For most people, family is the first group of people we know and trust. Newborn babies know their...