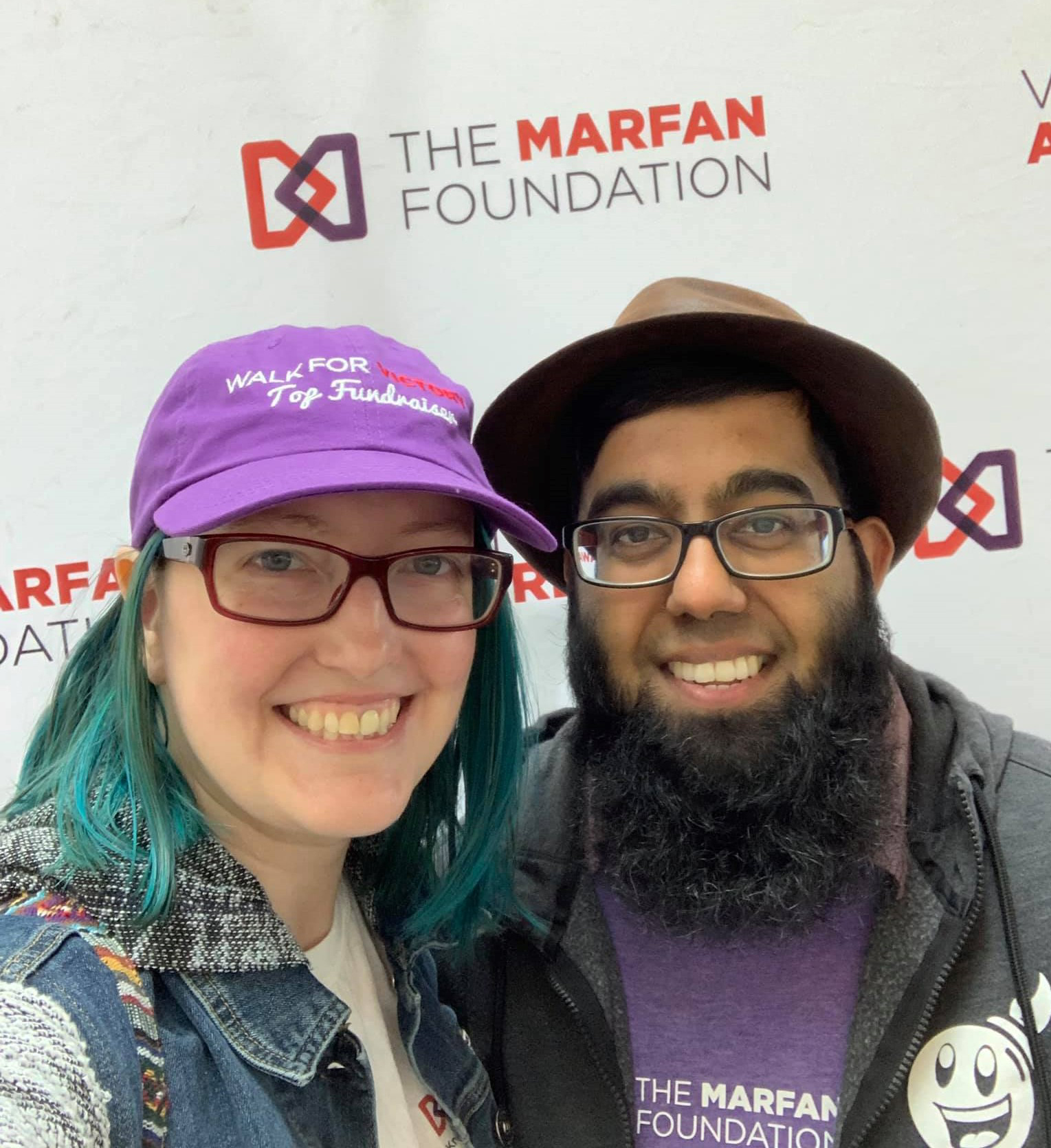 When you’re living with a condition like Marfan syndrome, it’s easy to fall into the thinking that pain is just something you have to live with.

On top of everything that comes with having Marfan syndrome, navigating through additional medical issues can seem overwhelming at times. It’s easy to give up and accept that nothing will get better and that the pain is just part of living with Marfan syndrome. I was there myself recently, after struggling with ongoing stomach problems – unrelated to Marfan – for two long years.

I started experiencing severe stomach pains on and off and went to see a gastroenterology specialist. After a crazy number of tests, the specialist told me that it was probably just part of my IBS, which was hard to believe considering I’d been managing my IBS since my teens without it getting worse.

The GI specialist prescribed medication to help my stomach cramping but it just made me feel worse. My stomach pains and nausea got so bad that on a trip to NYC, I was forced to return home early and go directly to the ER.

After that, specialists had me working with special diets, different reflux medications, and a host of other treatments to try and figure out my stomach pain. Nothing really worked.

Eventually, I found a treatment that helped somewhat. The cramping and pains became less frequent and severe, but it was still far from ideal.

I started to feel defeated. I said to myself that this was as good as I would feel.

Despite my hopelessness, my husband encouraged me to seek the advice of yet another doctor. This time I was prescribed medication used to treat IBS symptoms, but at a very low dose. It was hard to not be skeptical because it felt like I’d already tried this once before. I figured it couldn’t be worse than last time, though.

Reluctantly, I gave the medicine a try and it actually worked.

After two years of medications and pain, it felt like a miracle! I finally felt free of worrying whether a bathroom was close by. I had found my victory.

I am diligently working to find structure and balance in my life now that I feel well enough to do so. I am so grateful that I persevered and advocated for myself to make sure that I received the medical attention I needed.

When you have a laundry list of health problems, it’s easy to let the bad weigh you down. You have to remember that you can still find your victories even when it seems like the only victory you have is to keep living.

It would have been so easy for me to just accept the pain as part of my life with Marfan syndrome. By staying positive and hopeful, I was able to persevere and find some relief. I look forward to everyday now that I am feeling more like myself again.

Christy Nath lives in Portland, OR, with her husband, Rahil, and her dog, Adora, and three cats, Toothless, Severus, and Albus. She enjoys live music with friends and is currently volunteering with the social media team at The Marfan Foundation. Instagram: @Marfanladynath, Facebook: @christy.fuerbringer, Twitch @MarfanLadyNath

A Marfan or related disorder diagnosis can be elusive for an athlete, particularly an athlete who...