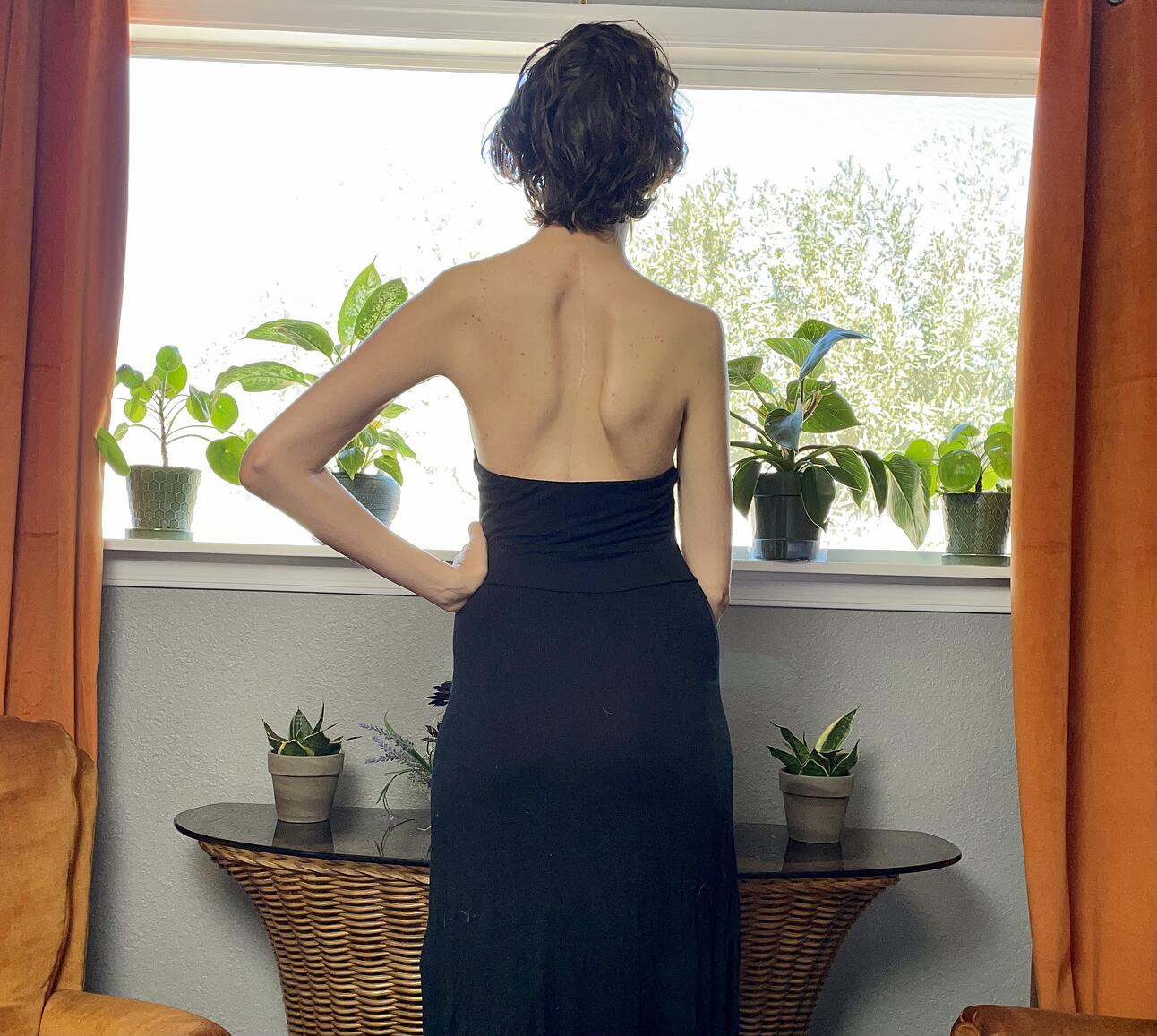 The broad goal of Marfan awareness is about seeing the complete person behind the diagnosis. My personal journey with Marfan awareness could be more accurately described as a journey towards Marfan acceptance.

I was diagnosed at an early age. Considering stories I have heard from people who were only diagnosed after a medical emergency, I regard myself as lucky to have had a pediatrician who recognized the symptoms. However, the diagnosis made me feel so different from other children. I worked so hard to hide it and my biggest fear was being labeled as “the sick kid.”

I always worried that if people knew I had Marfan syndrome before they got to know me, they would see the condition before they saw me. I was afraid people would pity me for what I’ve gone through or think I am less capable.

Throughout most of my childhood and into adulthood, I continued the charade of being “normal.” I hid any medical issue that might arise as best as I could. Rather than wearing the back brace I needed in high school, I would hide it in my locker. When migraines kept me from morning classes, I would paint myself as an apathetic student who overslept and ditched class. I ignored any weight restrictions the doctor placed on me.

When I had my second heart surgery at age twenty, I only told my closest friends. I didn’t want anyone else to know and feel pity. I didn’t want anyone to see my recovery and view me as weak. I disappeared from social gatherings for two months and then returned as though nothing happened.

My friends were very aware that something had in fact happened. I had to answer a lot of questions and most of them were along the lines of “Why didn’t you tell me?” They were hurt that I didn’t trust them enough to let them in.

I was so afraid of Marfan syndrome becoming all of me that I refused to let it be any part of me. I thought I would avoid being ostracized if I hid what makes me different. Instead, what I missed out on was a lot of support and love. I missed out on a community of people who encourage me and see me as a whole person.

For two decades, I denied myself completeness because I was hiding such an important part of myself. I’ve spent the last seven years on a journey of acceptance. I have begun to love the unique aspects of my body that are so distinctly Marfan. I see my scars as symbols of strength over everything I have endured. I see physical limitations as an opportunity to connect with whoever is able to assist me.

Through social media, I have met so many other people with Marfan syndrome who are kind, strong, funny, and resilient. I don’t see a single one of them as weak. To continue to view myself through a negative lens because of my diagnosis would be a disservice to all of the other amazing people who share that diagnosis with me.

My experience with Marfan syndrome has also opened my heart (pun intended) to everyone who faces adversity. I think I am better able to empathize and connect with people because of my own struggles. In the last couple of years, I have become an advocate for people with chronic illnesses, chronic pain, and disability. I hope to use my voice to make people like me feel seen, heard, and understood as the beautiful, complex, strong, and worthy humans they are. That is what Marfan awareness means to me.

Kendra, who lives in Phoenix, AZ, was diagnosed with Marfan syndrome as a child. She is an advocate for people with chronic illnesses, chronic pain, and disability. Find more of her writing by following her Instagram @kendrawesomeness.

A reflection from The VEDS Movement as The Marfan Foundation approaches its 40-year...

The Case of the Tell-Tale Toes

If you have a connective tissue condition, chances are you are probably having problems with your...

When I shared that my victory over Marfan and related disorders was "Finding a MarFriend and a...